One of the beauties and one of the dangers of using digital archives is that a random keyword search can lead you on a fascinating journey through the past in which apparently random events suddenly seem surprisingly connected.

A while ago I typed ‘Bristol’ into Gallica for no other reason than that I happen to live there. One of the first things that came up was this photograph of Bristol Rovers playing Southampton in the Parc des Princes stadium –then primarily a velodrome – in March 1909. 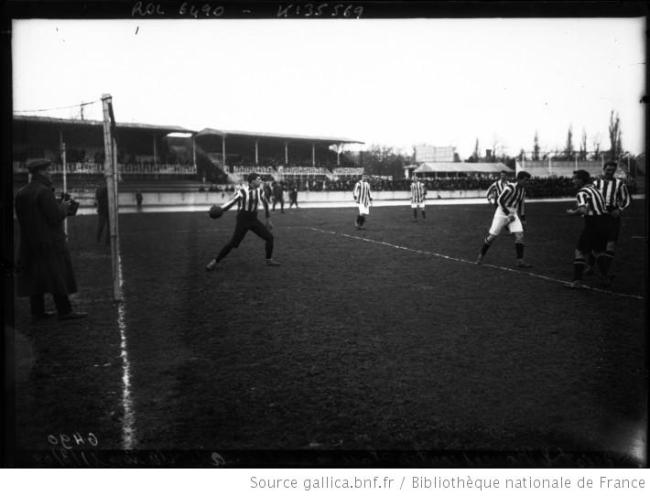 Curious to find out why they played there and who won, I Googled ‘Parc des Princes 1909’. Many results were about the Tour de France since the race always finished in the Parc des Princes until the 1960’s. Here is another photographic treasure from Gallica showing the exhausted winner of the last stage of the 1909 Tour and third overall, Frenchman Jean Alavoine, being held on his bicycle by flowers and men with facial hair. 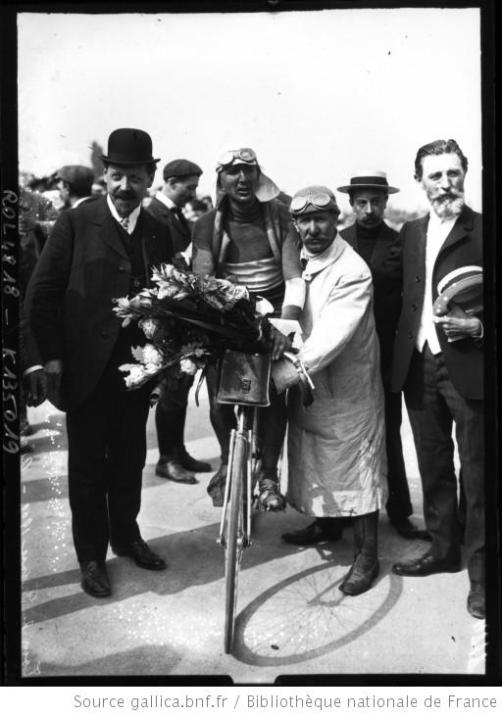 But a lot more was happening in 1909 in the Parc des Princes. A month after the Bristol Rovers-Southampton match the poet F.T. Marinetti, leader of the Futurists, duelled writer and critic Charles Henri-Hirsch in the stadium on 16 April. Hirsch had not only been very critical of Marinetti’s play Le Roi Bombance, but had also suggested that Marinetti was having an affair with Jane Catulle Mendès. Catulle Mendès? Yes, that’s right, this one. And also this one, the one who always drank Vin Mariani when writing newspaper articles.

Jane Catulle Mendès was however not just someone’s wife and mistress. She was also a writer. In fact she was a prize-winning poet in her time, but she seems to have been completely forgotten by literary history. No wonder perhaps with all those drunk, aggressive male poets around her. Here is Jane on a publicity photograph from 1909 (source: Gallica) looking like someone had just told her that she would not make the canon of French literature: 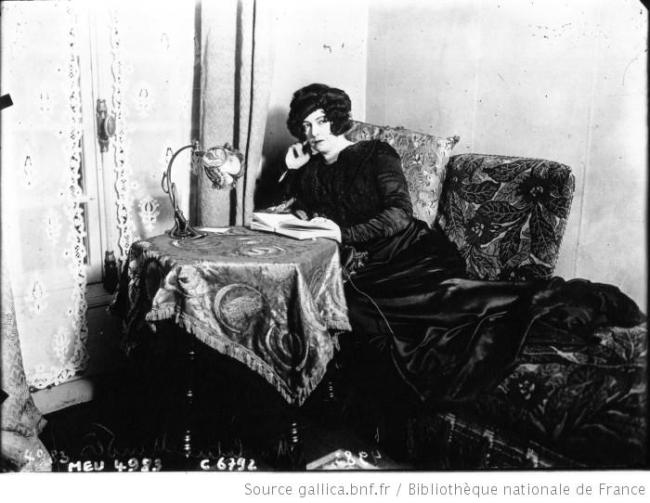 The duel in the Parc des Princes ended when Hirsch was wounded on his arm. Marinetti was victorious and no doubt relished the publicity generated by his fight with Hirsch. Marinetti’s Futurist Manifesto had only recently appeared on 20 February in Le Figaro. 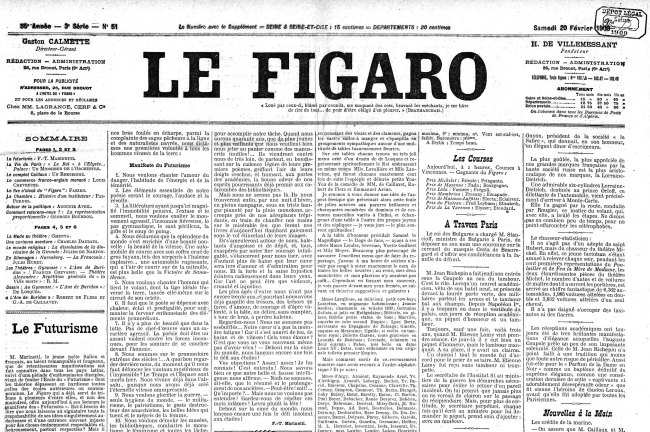 Marinetti probably also loved the symbolic value of him, the Futurist, having literally and aggressively defeated the ‘old’ literary crowd embodied by Hirsch. Word of the duel and of Marinetti’s new, artistic movement even reached the New Zealand Evening Post on 2 June 1909 in which the two men are aptly described as ‘fighting cocks’.

Football, Tour de France, duels, avant-garde: the Parc des Princes in 1909 as a place of macho modernity. Marinetti and the Futurists would have approved. Hirsch and Jane Catulle Mendès probably not so much.

Perhaps digital archives and random keyword searches can lead you to see connections and meanings that never existed. Then again, they might turn out to be a lot of fun. 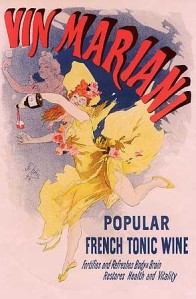 Cycling was all the rage in fin de siècle Paris. Bold women ventured out in the streets scaring pedestrians with their provocative cycling costumes. Predictably this provoked fears about the end of womankind.
Going through Le Journal I came across a society column of the Comtesse de Tramar. The Comtesse, author of forgotten self-help books and self-appointed police of female propriety and femininity, expresses her horror at seeing the red, puffy faces of these women cyclists, let alone their legs. ‘With her clothing’, she writes, ‘a woman must preserve her grace, her chastity, all of which make up her poetry and elegance, and this is jeopardized by the habit of showing one’s legs during the day and one’s shoulders in the evening’(Le Journal, 3 October 1895).
Le Journal catered to a bourgeois audience so the paper generally preferred to uphold convention. But money seemed to have trumped moral concerns and some of Le Journal‘s advertisements completely contradict the reactionary outrage of its columns. The bicycle was a symbol of (sexual) liberation and even then advertisers knew how to exploit this. The lack of femininity deplored by the Comtesse de Tramar had been used as a marketing strategy to sell products to the new pédaleuses. One advert published in Le Journal several months earlier offered female cyclists the magical tonic wine Mariani, a wine laced with cocaine and one of the first performance enhancing drugs. This drink would give female cyclists a ‘virile firmness, endurance and vigour’ (Le Journal, 27 July 1895). And yes, that sounds as sexually suggestive in translation as it does in the original French.
Just imagine these hordes of gender bending women cyclists on cocaine roaming the streets of Paris. No wonder the Comtesse was so horrified.